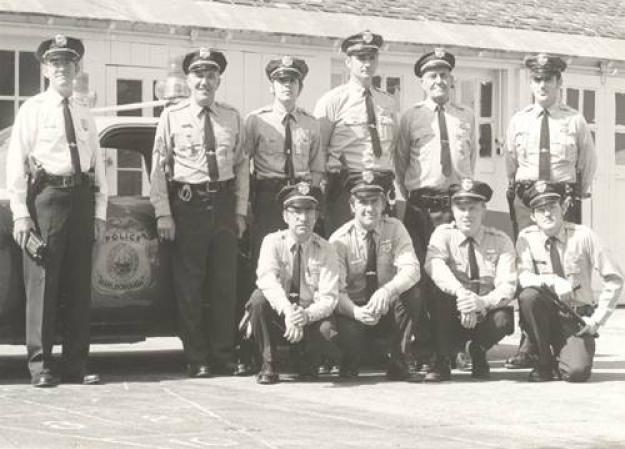 This photograph was taken on September 11, 1975 by resident Jean Williams.  Members of the Police Department were gathered to provide security and support during President Ford's visit to Marlborough.  Seen in the background is the Marlborough Police Department's first cruiser, a 1973 Plymouth Fury.  Prior to this purchase, officers would use their own vehicles which were equipped with portable radios.  Each officer had his own call number but their radio call sign was always 200 if using the town's cruiser.  This vehicle was stored in a private garage that was located near Pierce Avenue and would be kept at a specific officer's residence when they were on call.  During this time, there was no designated Police Department office.  Records were kept at the Police Chief's house or in the garage with the cruiser.  People under arrest would be brought to the Keene Police Department for processing. 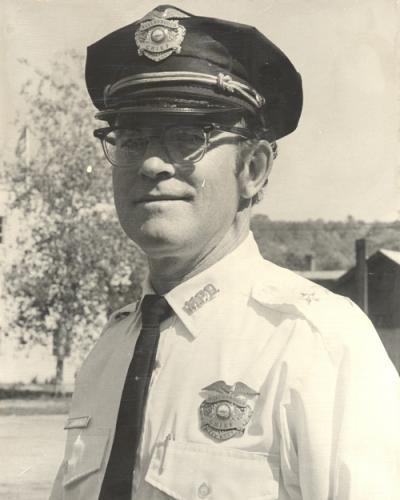 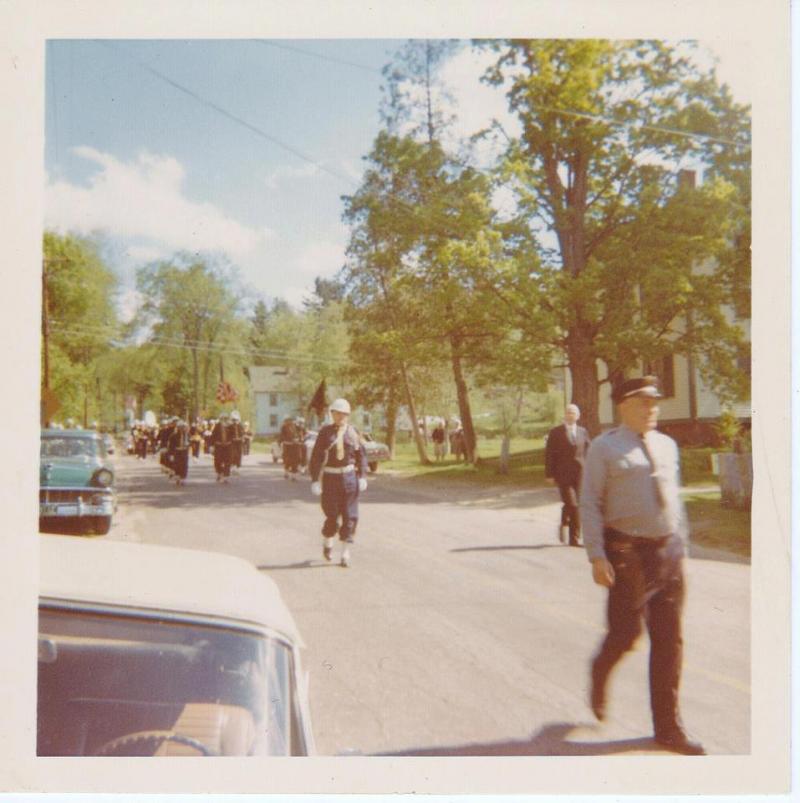 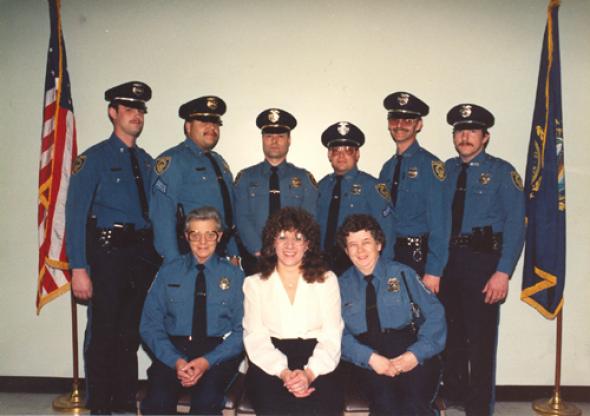 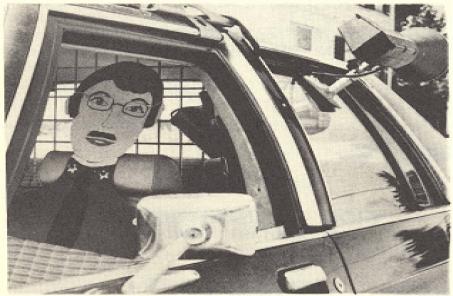 See the link at the bottom of this page to read more about this "world famous" officer from an article in the Marlborough Bulletin.

"The latest police recruit in Marlborough, N.H., is a bust when it comes to giving directions, but he comes cheap and his stoic diligence has slowed traffic through town. Capt. Cardboard, a makeshift two-dimensional police officer, was created to help the small community control heavy traffic while preserving limited funds. The cardboard figure is taped to the wire cage on the back of the driver's seat in one of the town's two police cruisers, which is then parked on Route 101 in Marlborough. Police Chief Peter Henry credits the silhouetted sentry with slowing traffic. Henry's wife, Marlene, designed Capt. Cardboard, complete with a neatly trimmed mustache and glasses. "She cut it out, we put it in the cruiser and, God, it works good," Henry said. He said the cardboard character fools more drivers than the police cruiser he used to park empty. But Capt. Cardboard does have shortcomings. One driver who stopped to ask directions got a stone-faced response." --The Los Angeles Times, April 4th, 1986 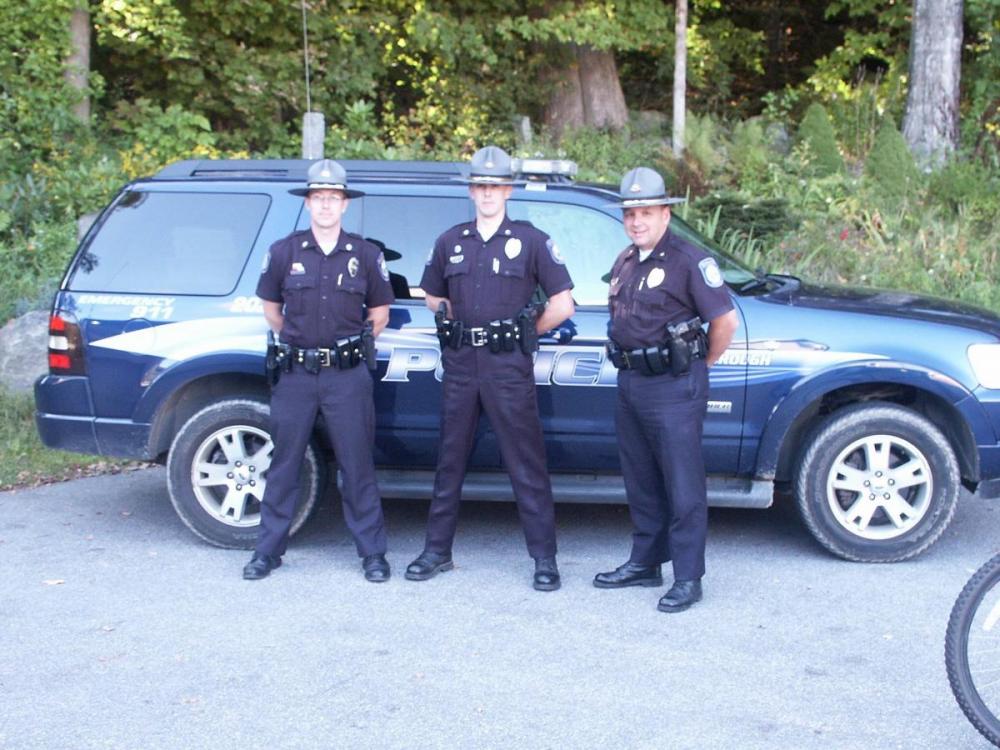 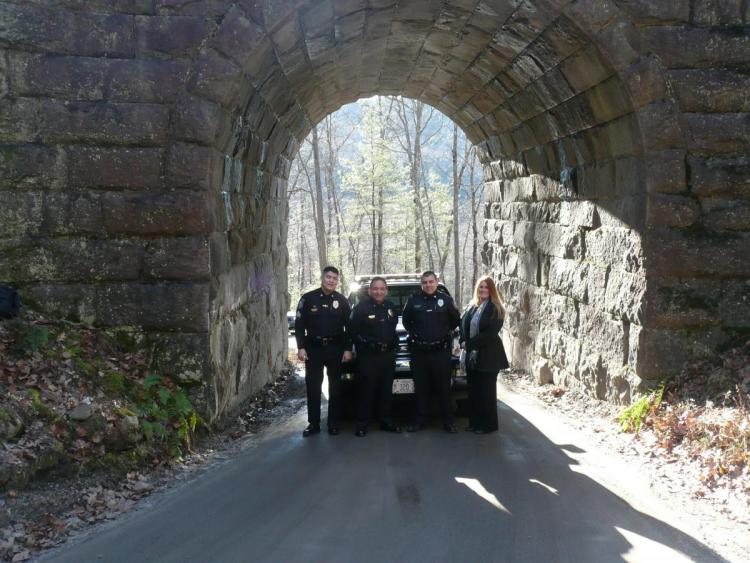 Chief Bashaw was the first full-time Chief appointed in Marlborough.  Prior to 1990, the position was an elected office chosen by annual ballot.  Thanks are due to Chief Allan Williams for collecting and sharing much of the above information.